When was the last time you felt like you were on your own? Maybe it was in your rec-league basketball game where you had to hit an important free throw. When your spouse was gone on a business trip. After you moved cities….

Today as I walked into the YMCA pool for my early morning swim training, I noticed the pool was smooth as glass and I was all on my own. My coach joins me two days a week, but this was not one of them. There were absolutely no other swimmers in the pool and the lonely lifeguard gave me a good morning wave from the other end as I grabbed a kick-board and fins to start my drills. Taking advantage of this isolation, I snapped a couple pics and filmed a short video. Sliding along under the water, it was even quieter than usual. There was no one to swim around. No one to check my form. No one to have an unspoken race with. 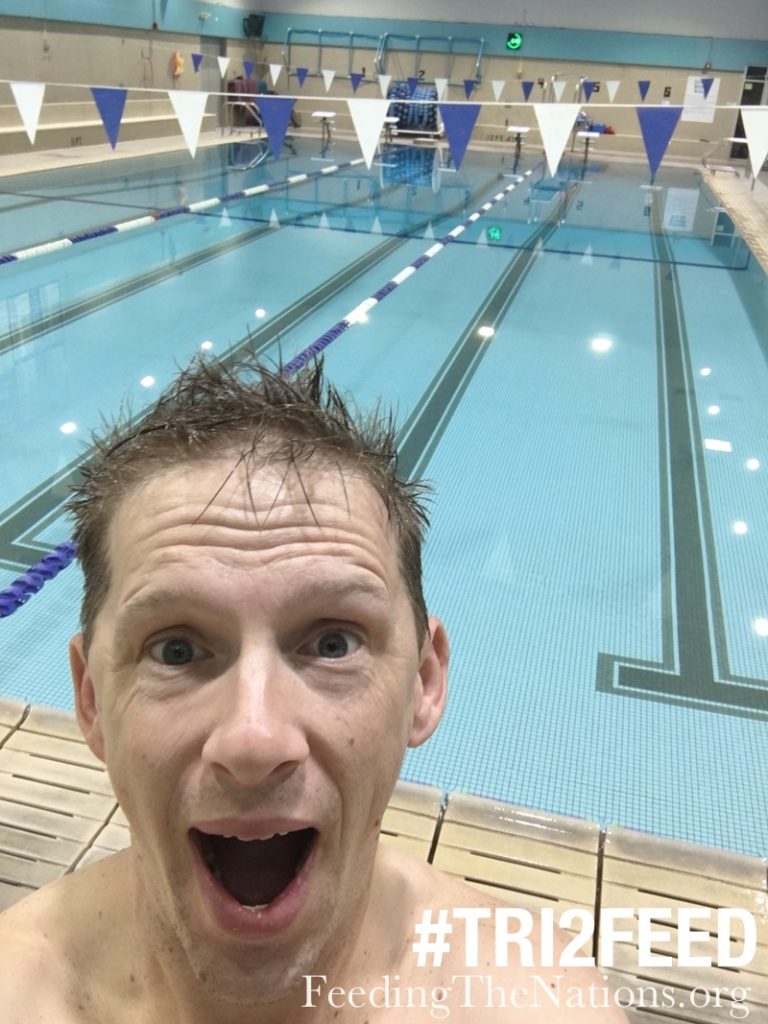 Refugees around the world are genuinely on their own. According to the UN Refugee Agency, in our world today there are over 65 million “displaced” people of which 21 million are refugees. Nearly half of these 21 million refugees are kids under 18 years of age. Talk about really being alone.

News outlets report on the dire situation currently happening in Africa due to many of the conflicts in the world today. The number of refugees there has nearly doubled from 2.6 million in 2011 to almost 5 million in 2016. This situation has led to huge refugee camps at the Ethiopia/Somalia border with hundreds of thousands of refugees in these camps. Nutrition surveys in 2016 documented “high levels of acute malnutrition, anaemia and stunting. In many of these refugee sites, the malnutrition is ‘critical’ and anemia is greater than 40 percent, indicating a public health crisis.”

Fortunately WE HAVE A GREAT OPPORTUNITY! We at Feeding The Nations are in the early process of working with partners on the ground who can clear containers of food with the help of the president of one of the countries. Our current goal is to send almost 3 million meals to help defeat these horrible conditions and bring some hope to so many of these young refugees who are “on their own.”

Please join me in letting them know that there are people who care, people who will help and that they are not “on their own.” Simply click the button below and choose “#TRI2FEED Ironman Triathlon.”

Or, text your donation. Text the dollar amount you wish to give to 28950 and designate “ftnkids.” You’ll then be prompted to provide your credit card and contact information.