You are here: Home / Missions / Malawi / Malawi: A Wonderful Problem to Have

We recently introduced you to the Kampira family and Ethel who have greatly benefitted from our efforts in Malawi. Thanks to our partnership with Iris Africa, we provided between 3,000 and 5,000 children, along with vulnerable families, with a total of 1.1 million meals in 2013. David Morrison, director of Iris Africa, shared stories of how this food has greatly impacted those who received it, including the Kampiras and now Mishek: 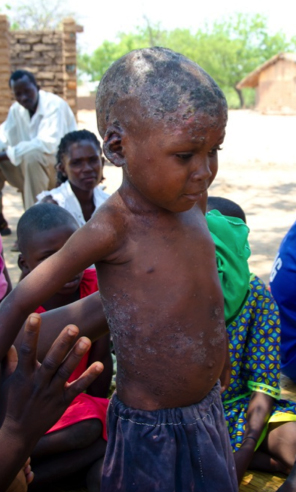 About 18 months ago, we received a family of five children, four girls and a boy. Both their parents had passed away, and social services asked us to take the children. The girls were pretty healthy though very thin. Mishek was not well at all, and very malnourished. He had sores all over his skin which made it difficult to pick him up. He needed medical attention, as well as the usual love, food and soap. After he received the medicine he needed, Mishek started to eat. He especially enjoyed the fortified rice meals and ate more than most kids, making up for lost time. Over a matter of weeks, Mishek’s skin improved and his face started to fill out. He also became more approachable, and some of the fear disappeared. Today, you would hardly believe he is the same boy. He laughs and plays. He can be cheeky, and even naughty. He still loves to eat, especially the rice meals. Now, he is difficult to pick up, not because of the sores which are all gone, but because of his weight! What a wonderful problem to have! 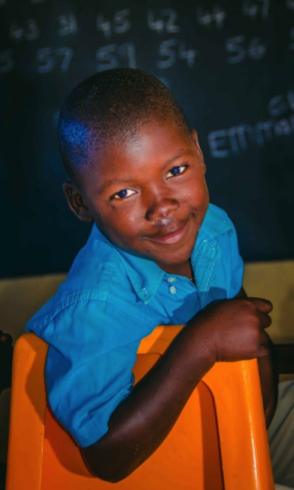 Thank you to everyone who joined with us in reaching Malawi. There is a great need and much more work to be done. Together we can reach more children like Mishek all over the world. Click here to join with us in our efforts.