You are here: Home / Missions / Malawi / Malawi: The Kampira Family

In the recent article “Malawi: Feeding Ethel,” we introduced you to Ethel. Now, we want to introduce you to her family and give you a greater understanding of her circumstances.

Thanks to our partnership with Iris Africa, we provided between 3,000 and 5,000 children, along with vulnerable families, with a total of 1.1 million meals in 2013. As this update from David Morrison, director of Iris Africa, shows, this food has greatly impacted those who received it, including Ethel’s family:

In November 2013, we responded quickly to the Kampira family who were struggling to survive. Joyce, along with her son Moses, had just buried her daughter Mercy who, after suffering through sickness for several months, succumbed to her illness. Mercy was a single mother and left her two young children, Ethel (2 years old) and George (6 years old) in the care of Joyce their grandmother. 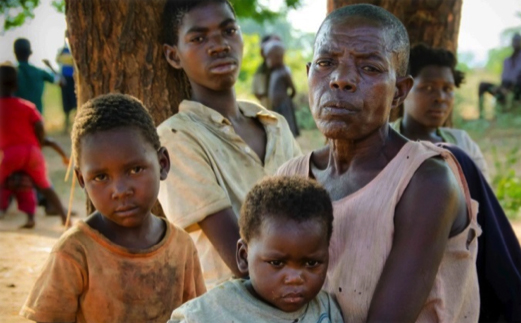 George could not speak since birth because of a tongue deformity. Ethel was malnourished and clearly suffering from the trauma of losing her mother.

Joyce had a small field where she grew sweet potatoes, but the harvest was not nearly enough to support a family of four. Joyce’s son Moses had started his first year of secondary school, but then withdrew when his support from a local politician came to an end.

With rainy season quickly approaching, Iris Africa stepped in with some emergency relief. We re-thatched their roof, provided soap and new clothes for the children, and boxes of fortified rice meals. 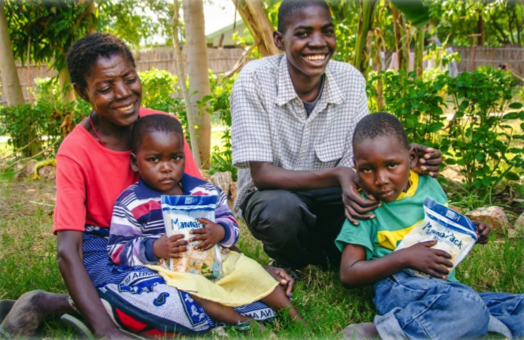 Now five months later, the Kampira family is so much healthier. The difference is outstanding! The Kampira family is living proof that the rice meals really make a big difference. Their lives have changed! With support from Iris Africa, Moses continued at school and is now ranking 5th in his class of 50 students. He goes to school with a full stomach, helping to keep his mind alert. George became physically strong enough to endure the corrective surgery he needed and he can now speak. Ethel is more settled now and has adjusted to life in her new home. This family still has a long way to go before they can be self-sufficient, but in the meanwhile, they will be sustained by your generous gift of rice meals. Thank you so very much on behalf of the Kampira family.

Thank you to everyone who joined with us in reaching Malawi. There is a great need and much more work to be done. Together we can reach more families like the Kampiras all over the world. Click here to join with us in our efforts.