Did you know you can impact the life of a mother in Malawi? You can give hope to the hungry and hurting in Africa. And you don’t need a passport to do it.

Thanks to people just like you who have partnered with us, women like Suma are receiving food and hope despite living through difficult circumstances. Here’s a portion of her story:

My name is Suma, I come from Mong’ongo village. I am about 34 years old, and I am living with HIV even though I was only married to my husband before he vanished. Now my children and me live with my parents. I walk to CLI Hospital often to get the medicine I need to survive, and two years ago when I had my second child, I came to here where they gave medicines to keep my son from getting the disease while developing in pregnancy. In recent times I have been struggling to take all of my medicines because without enough food, the medicine ejects from the body. I was getting sick and feeling weak. So I asked a nurse at CLI Hospital if they could give me food, and she gave me food to eat so I could take the medicine right away, and others brought some small items to me to take home. Then today I arrived for our meeting (HIV+ community support group) and they had big boxes of food on the tables in the hospital courtyard waiting for us. Now I can take home this dried food and cook meals for myself to take my medicine at all times. I thank the supporters of CLI Hospital, your food gift will allow me to take the medicine I need to live here, most of us do not have hope outside of this place, but with your food we can take it home so hope remains with us. I thank you for your kindness and love done to us. 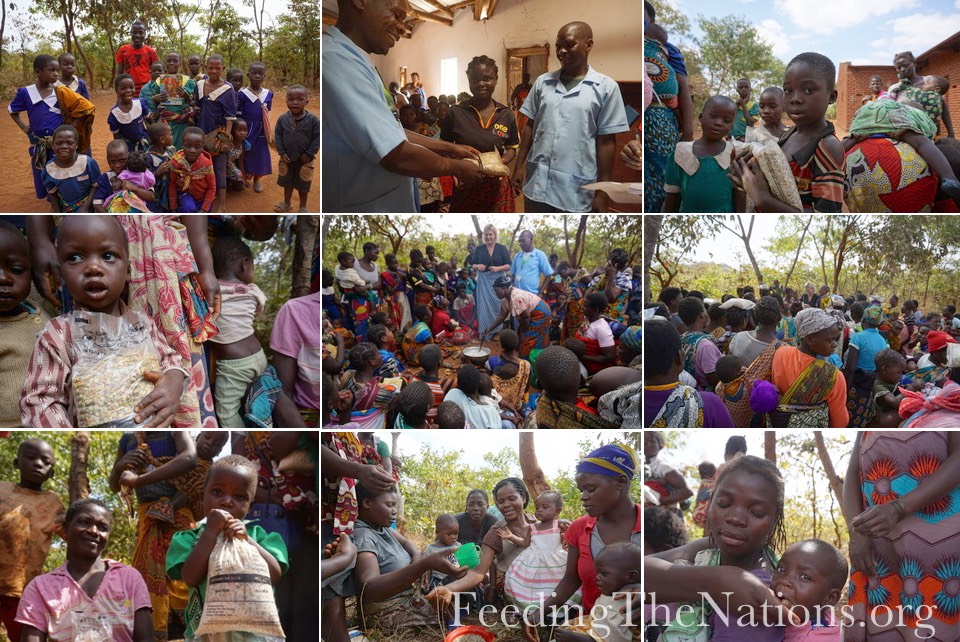 We give thanks for our partner organizations Gleanings for the Hungry and Iris Africa who are on the ground, distributing the food we send and sharing the love of Christ to those who receive it. And we give thanks for all who donate, so we can continue to feed children, orphans, widows, single mothers, struggling fathers, communities living in drought and families like the Bandas:

When a family loses their father and mother in the rural villages of Malawi children suffer terribly. The Banda family experienced great loss, and have had to fight to survive. Mr. Banda died of illness in 2010, leaving their mother Rose alone to raise her five children. Last year, Rose drowned in a boating accident when she was attempting to cross the Shire River. Devastated and alone, the four younger children moved to the home of their grandmother, the only known surviving relative who could look after them. Sadly, after a short time, she also passed away. Chimwemwe and Mphatso are 5 year old twins. Peter is 8 years old and their older sister Grace is 14 years old. 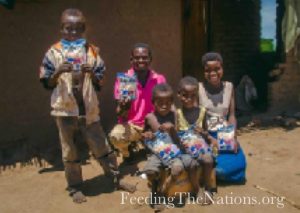 Francis, a young man newly married, as the oldest brother in the Banda family, graciously took his brothers and sister with him to Jambo Village, and built a mud brick and grass-roof hut. It meant another move, at least they were together. Francis has one young child of his own and is unemployed, and was already finding it hard to provide enough for his wife and child. He has a small garden where he grows sweet potato and maize, but farming conditions have been so challenging, that he has had little harvest. He tried his best, but soon it was evident that he was unable to provide.

Chimwemwe, one of the twins, became sick with malaria and was admitted at the local health clinic and received intravenous drip and medications, however Francis had no money. He had to go around town begging until he found enough to pay the bill.

Iris Africa heard about their desperate situation. We arrived at their home when Chimwemwe was still recovering from malaria. The children had nothing. They wore dirty ripped clothes, were malnourished, and hungry. They didn’t even have a bar of soap. We immediately took action by providing them with rice/soy meals. The food became their main meal twice a day for weeks. We found them some new clothes, soap, and school uniforms and supplies.

After a period of absence from school, they now had uniforms and returned to class. Their bodies gained strength by eating the meals daily, especially Chimwemwe who was weak after being so sick. Local Social Welfare authorities were informed and the staff at Iris Africa continued to monitor their lives and re-supply them with food and other essential supplies. This food literally saved the lives of these four beautiful children.

We celebrate this work that has been done and these lives that have been saved. But there is more yet to do. Join with us and let’s feed the hungry together.