On February 24, 2011, a total of 228,096 rice/vegetable meals along with 3,856 pounds of vitamin supplements were loaded for Iris Ministries. Each day Iris Ministries feeds 8,500 through their feeding programs and children’s homes. The story of Timothy and Mphatso represents how this help is changing lives.

Timothy and Mphatso’s mother died several years ago.  Their negligent father spends long periods of time away from them, leaving them to fend for 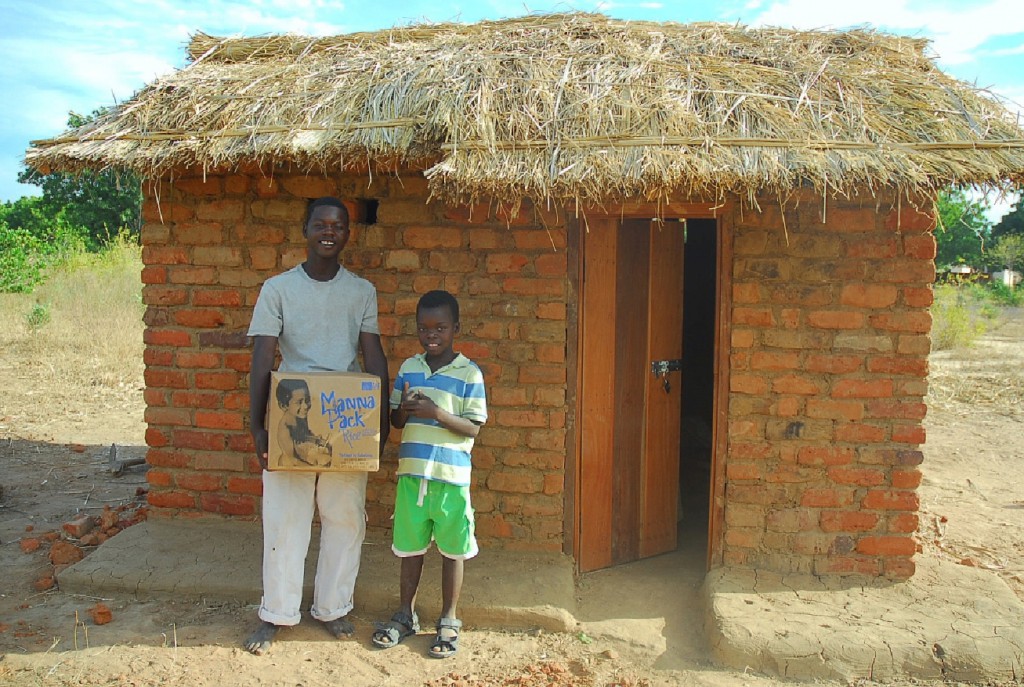 themselves.  We first met these boys when they attended the Iris Ministries children’s program where games are played, crafts are made, Bible stories are taught, and a meal is served.
Further investigation brought to our attention the severity of their need.  They were squatting wherever they could find shelter to sleep at night.  Food was scarce and the boys had to go from house to house in the village begging for something to eat.  Timothy skipped school in order to do jobs for people in order to earn a little money to buy food.  The boys lived in constant fear, were hungry and abandoned.
Recognizing their desperate situation, Iris Africa provided them with food and other essential items such as school supplies and clothing.  We also built them a modest house in the neighboring village, all the while waiting for their father to respond to the invitation we offered to meet with the village Chief and Social Welfare Officer to give account for his actions.  Last week the boys’ father finally came back to Bangula where he was confronted and given a strong warning to give his children the attention they deserve.  He made promises to provide for the boys in different ways but only time will tell whether or not he was serious.  Meanwhile, we continue to monitor these boys, providing education at the Iris Africa Primary School for the young brother, and ensuring that they have food to eat each day.
Timothy attends the boys club at Iris each Friday afternoon and enjoys playing football with other young men his age.  Mphatso plays on the Iris boys’ junior football (soccer) team and he always has a smile on his face at training.  He really loves to play football just like his older brother.